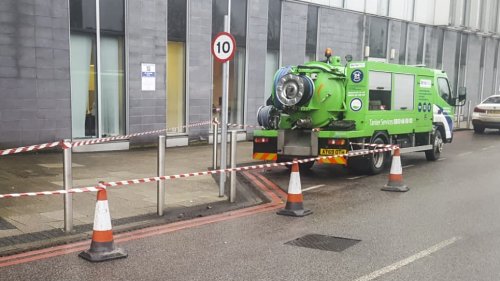 **In November 2019, Graeme and Avril Stevenson celebrated their 25th anniversary as franchisees of Metro Rod. During that time, they have built an unrivalled reputation across the Manchester South and Central franchise regions, and one piece of kit that has been with them for the journey is a Rioned jet vac combination tanker.

The Manchester franchise was the first company in the UK to take delivery of a Rioned jetting and vacuum suction combination vehicle in 1995. The original unit was built on a 6.5t Iveco unit and shipped over to the UK from Holland.
Graeme Stevenson, Director at the firm, says the unit is still going strong after nearly 25 years of service.

“It was re-chassied onto a 7.5t vehicle in 2007 and it’s still in good working order, although we don’t use it daily anymore,” he explains. “It’s been a fantastic machine and has helped us bring in consistent business over the years. It thrives in Manchester city centre and is ideal for jobs in restricted spaces such as car parks.”

“We’re now actually in the process of preparing it for sale as a working unit. There’s still plenty of life left in it for another company.”

The company has been undertaking reactive and planned drainage services across Manchester, Stockport, Macclesfield and Cheshire since 1994. As one of Metro Rod’s largest franchises, they work with some of the UK’s biggest private and public sector businesses across social housing, facilities management, construction, hospitality and retail.

In November 2019, Metro Rod Manchester took delivery of a new RioCom 7.5t combination unit and Graeme says they couldn’t be more pleased with the new unit. “It’s brought great benefits in both appearance and production,” he explains. “It offers superior performance with a lot more suction than the older unit and means we can take on larger jobs where previously a tanker would have been needed.”

Graeme cites a recent job to empty a drain interceptor in a city-centre basement car park as a good example of the versatility and power of the new machine. “It was the only vehicle that could get close enough to access the interceptor unit. Using 60m of connected suction hose it pulled the wastewater with no problem. We then used the vehicle to ferrying the waste to an off-site unit.”

Graeme says using the new vehicle means the company can undertake more single resolution visits: “The addition of the inverter is really useful. It means we can carry and utilise CCTV equipment without needing to find an alternative power source or use a support vehicle. The fully branded machine is also a great advertisement for the company.”

Mark Cox, UK Sales Manager at Rioned: “We worked closely with Graeme to accommodate the business requirements, both from an operational point of view and concerning health and safety. The vehicle was fully branded and included full lighting and power options so the team could use the vehicle as soon as it was delivered.” 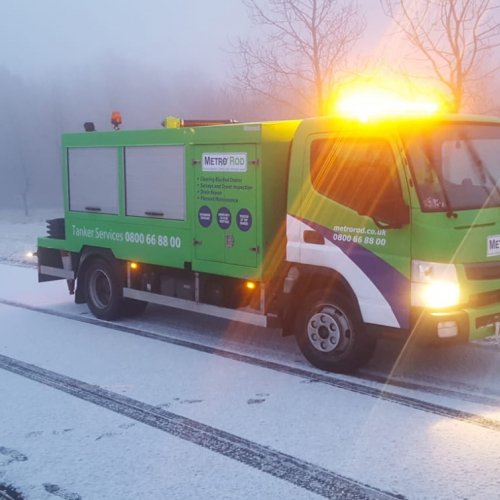 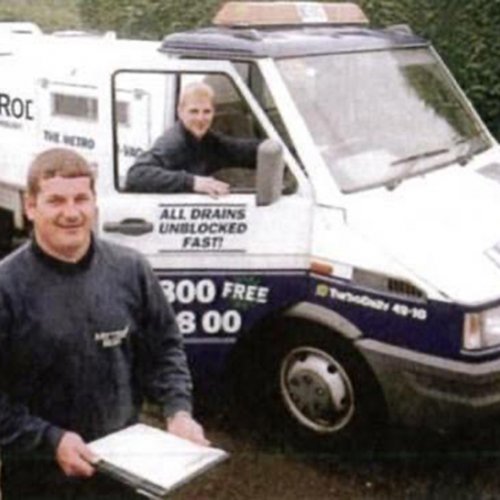